Your shopping cart is empty

Alternative Shots can Increase Your Productivity In the Studio.

Just a quick thought this morning on simple changes to get different looks. Let me explain, the example I am using here is from my photo shoot with actor and model CC. The point here is how to get more productivity from a photo shoot with alternative take on the same theme.  I have included at the end the finished shots from the shoot.

In this photo shoot, one of the style shots that CC really wanted to include in her portfolio was a “cozy on the couch” look. When I thought about the setup for this look, I wanted to keep the scene uncluttered. I did not want a lot of distraction in the scene that would take the viewer away from looking at CC. As this is not a commercial or editorial piece, the emphasis needs to be focused on CC. It should not be about the location scene, props or even the clothes.

Planning the shot, I thought that the key light should be from the side to look as though light was coming through the window. I am never keen to use flat lighting in the studio unless it is for that glamour look. Flat light does not really mimic the real world and directional light makes the model and scene more three dimensional. For the key light, to the left of the shot, we set up a 36” octabox with a grid. The light here will bring a subtle direct light from the left of the scene. The window is on the left, however the dull light from the late afternoon was not going to be a factor in the shot. Behind my shooting position and to the right of me is a fill light. The light would be filling in shadow and keeping the white in the scene. Below you can see how simple we made the props and the scene.

Here you can see the simplicity of the props.  Just enough to imply the scene but nothing to cause a major distraction in the shot.

The Alternative Shot
In planning, now we have our first scene so a good practice to get into is to plan an alternate shot. In this example is was easy. As we had mimicked a morning coffee shot so the flip of this would be an evening on the couch. Here I wanted to darken the scene down and add that late night look.

The couch was moved to a dark wall and the key light was changed. The change was to go with a 12” x 55” stripbox that was set in a horizontal plane to illuminate the length of the couch.

For me, the scene was not dark and moody enough.  So with the addition of a grid on the stripbox there was a lot less light on the back wall and a lot more vignetting of the scene.  it is important to get the height and angle of the light correct to keep enough light in the scene. A three for reflector was used to punch the light forward to give some fill.

In Summary
Plan your shoots with the end in mind to get the shots that you want.
Consider an alternative shot that contrasts your planned shot.
Planning and alternative shots will double your productivity in the studio.

If you would like to check out more of CC's work
https://www.ccprintmodel.com/ 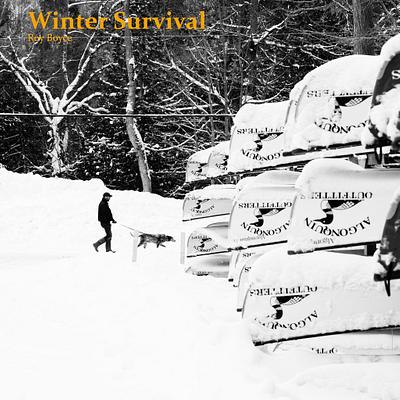